This is a selection from my public participation photography project EXPOSED realised on Stokes Croft in Bristol, UK in the winter of 2018.

You can read the BBC’s coverage of the event here. 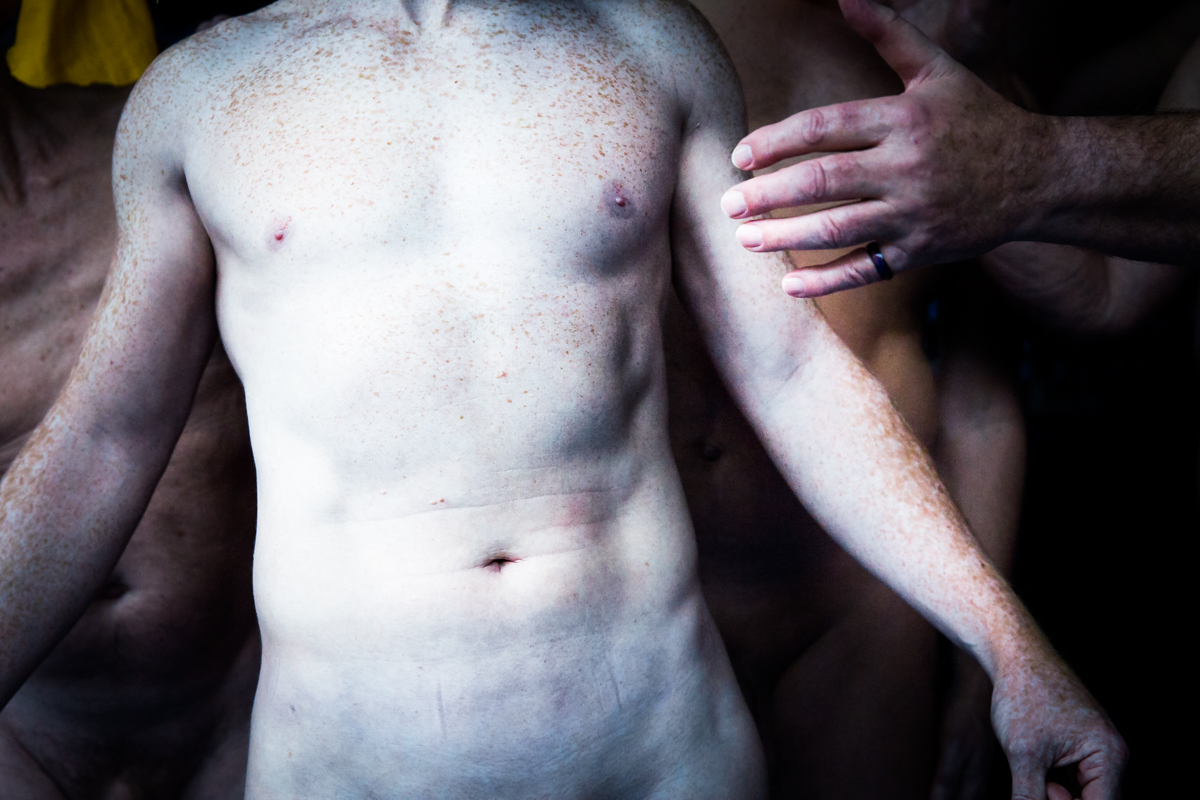 For EXPOSED I invited male and female volunteers to pose nude behind a large glass at what was then Corner 77 – a bar and restaurant front facing Stokes Croft just opposite Hamilton House. Hidden behind a large curtain we arranged improvised, traditional, nude tableauxs which we then exposed to the passing public by lifting the curtain for a set duration each time. Members of the public were invited to join us by volunteers in the the street as they passed by.

Stokes Croft is unique: independent and creative, spirited and enterprising, by now well established yet still un-predictable, rich in ideas, poor in resources… – at its heart a continuously metamorphosing arena for self-expression through artistic endeavour, community and re-invention.

Much of what moves people and many of the ideas that drive them are laid bare very much in public – on the street, in the cafés, in bars, restaurants and in the shops and businesses along the street.

Be it through the ever changing street art on the walls, through events and initiatives, exhibitions, concerts or the steady flow of artistic creations being produced in the many artist studios in this area: Stokes Croft continues to nourishes a very wide range of self-expression, bravery in artistic endeavour and pride in the quality and volume of work that is created in and around it.

Often creative collaborations, new ideas and even new work is conceived and realised in the public eye in the bars and restaurants and exhibition spaces along the street. Passers-by will witness the artistic processes played out in front of their eyes – sometimes unaware – as they walk to their destinations, the results of which they may then encounter weeks or months later as they repeat their journey along the street.

EXPOSED was a fine art conceptual photography event that allowed the public not only to witness the creation of new work as they pass by, but to transform themselves and to become part of the artistic process and the final work itself if they chose to engage with what they encountered.

I would like to give my heartfelt thanks to all of the wonderful team of volunteers – both on set and behind the scenes and to the members of the public who decided to join us on the day.

They all made for a truly memorable day!